Accounting for 15% of all clavicle fractures1 Acumed offers plating options in a variety of lengths, contours, and screw diameters. When a coracoclavicular injury is present, the Acu-Sinch® suture anchor may be used in conjunction with the clavicle plates to aid in repairing the joint.

Clavicle Plating System
Debuted in 2003, Acumed’s was the first system to offer precontoured plates for the clavicle. 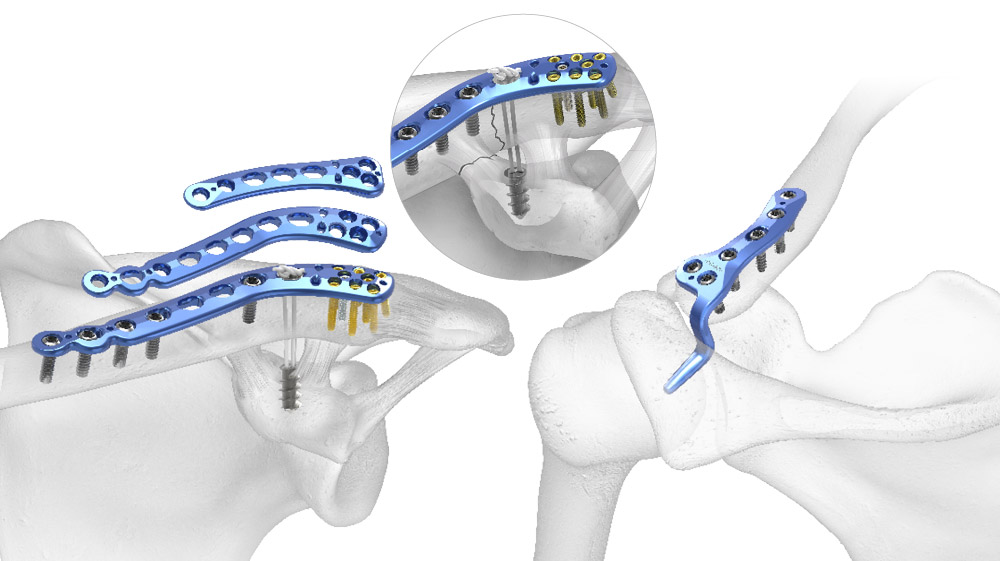 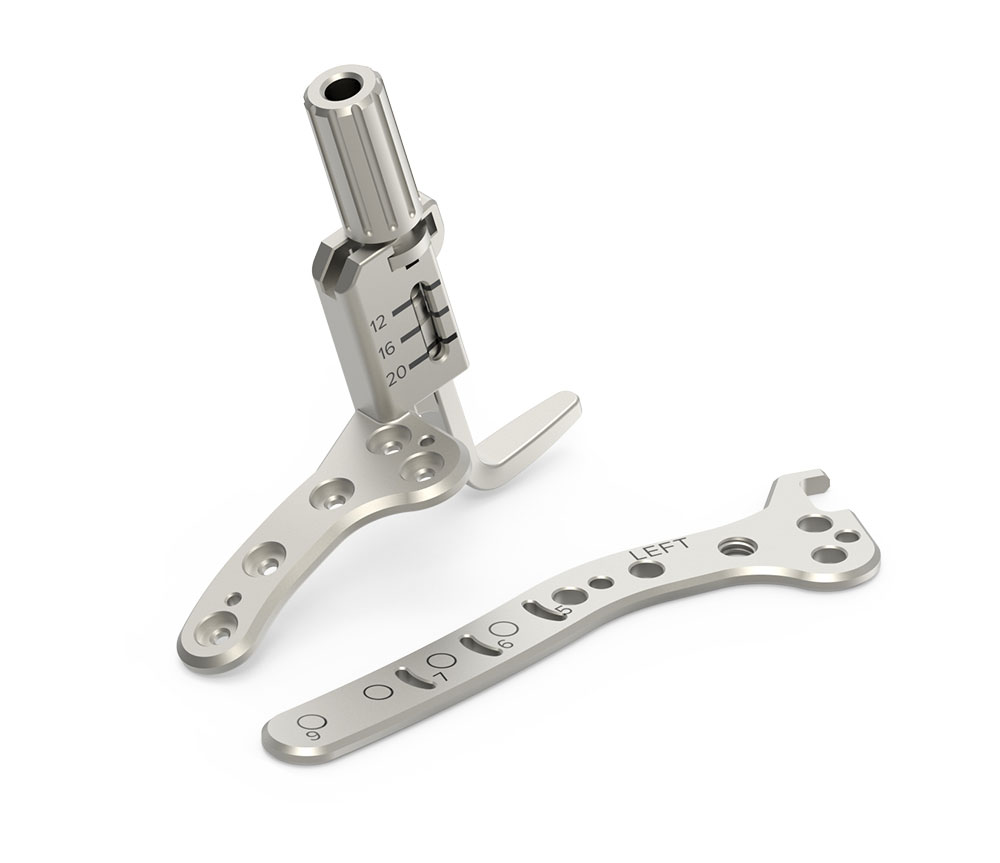 Innovative Plate Selection Instrumentation
Both hook depth and plate length can be accurately measured with the Plate Depth Sizer and Plate Length Sizer included in the system. The included locking drill guide may also act as a handle for in situ positioning.

Do we want to put links to case studies, surgical techniques, or other documents on this page?

Stability of the Syndesmosis After Posterior Malleolar Fracture Fixation

“Our data demonstrates that the rate of syndesmotic instability was reduced in trimalleolar and trimalleolar equivalent
fractures when prone positioning and direct fixation of the posterior malleolus were first performed.”

The Treatment of Unstable Fractures of the Ankle Using the Acumed Fibular Nail: Development of a Technique

“Nailing of the fibula using our current technique gives good radiological and functional outcomes with minimal complications, and should be considered in the management of patients with an unstable ankle fracture.”

Techniques for fixation of fractures of the lateral malleolus have remained essentially unchanged since the 1960s, but are associated with complication rates of up to 30%. The fibular nail is an alternative method of fixation requiring a minimal incision and tissue dissection, and has the potential to reduce the incidence of complications.

The team reviewed the results of 105 patients with unstable fractures of the ankle that were fixed between 2002 and 2010 using the Acumed fibular nail. The mean age of the patients was 64.8 years (22 to 95), and 80 (76%) had significant systemic medical comorbidities. Various different configurations of locking screw were assessed over the study period as experience was gained with the device.

Nailing without the use of locking screws gave satisfactory stability in only 66% of cases (4 of 6). Initial locking screw constructs rendered between 91% (10 of 11) and 96% (23 of 24) of ankles stable. Overall, seven patients had loss of fixation of the fracture and there were five postoperative wound infections related to the distal fibula. This led to the development of the current technique with a screw across the syndesmosis in addition to a distal locking screw.

In 21 patients treated with this technique there have been no significant complications and only one superficial wound infection. Good fracture reduction was achieved in all of these patients. The mean physical component Short-Form 12, Olerud and Molander score, and American Academy of Orthopaedic Surgeons Foot and Ankle outcome scores at a mean of six years post-injury were 46 (28 to 61), 65 (35 to 100) and 83 (52 to 99), respectively. There have been no cases of fibular nonunion.

Nailing of the fibula using our current technique gives good radiological and functional outcomes with minimal complications, and should be considered in the management of patients with an unstable ankle fracture.