Why This Matters
Fracture patterns of the radial head can vary greatly. Because of this reality, Acumed offers the industry’s first three-in-one solution, providing the Anatomic Radial Head replacement, the Radial Head Plating System, and the Acutrak 2 Mini and Micro instruments, all in one tray

Publication: The Effect of Prosthetic Radial Head Geometry on the Distribution and Magnitude of Radiocapitellar Joint Contact Pressures
Why This Matters This study states that the ARH Solutions head most closely mimics the native radial head anatomy in both average and peak contact pressures. It also shows how some competitive products, most notably the Wright Medical Evolve spacer, can produce radiocapitellar pressures that may be harmful to cartilage. 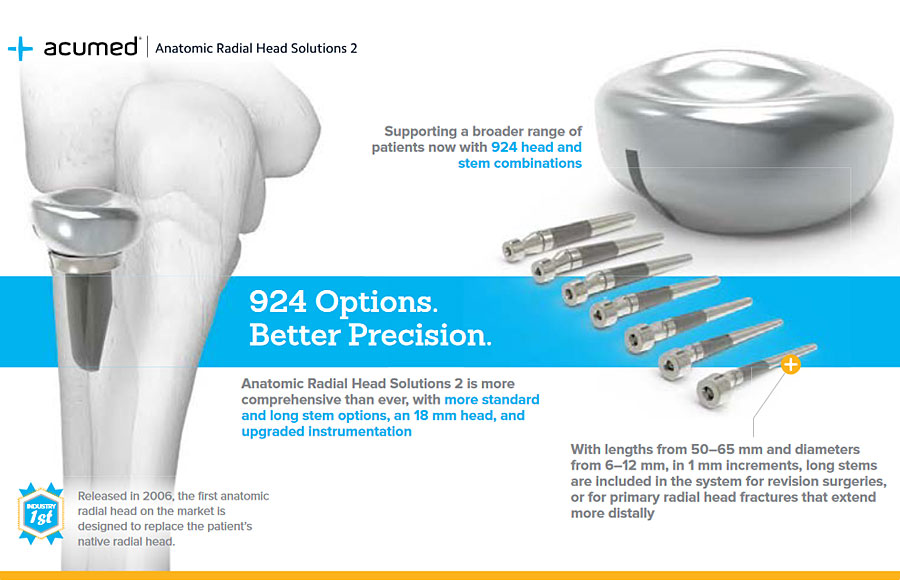 Why This Matters
Proper reduction of the olecranon plays a crucial role in the overall stability of the elbow. This study analyzed four different manufacturers’ plates and found the Acumed plate to have the best anatomic precontouring based on their criteria.

Publication Excerpt
“Summarizing all provided features of the 4 plates, we found that plate D [the Acumed Olecranon Plate] was the most suitable plate for our elbows. 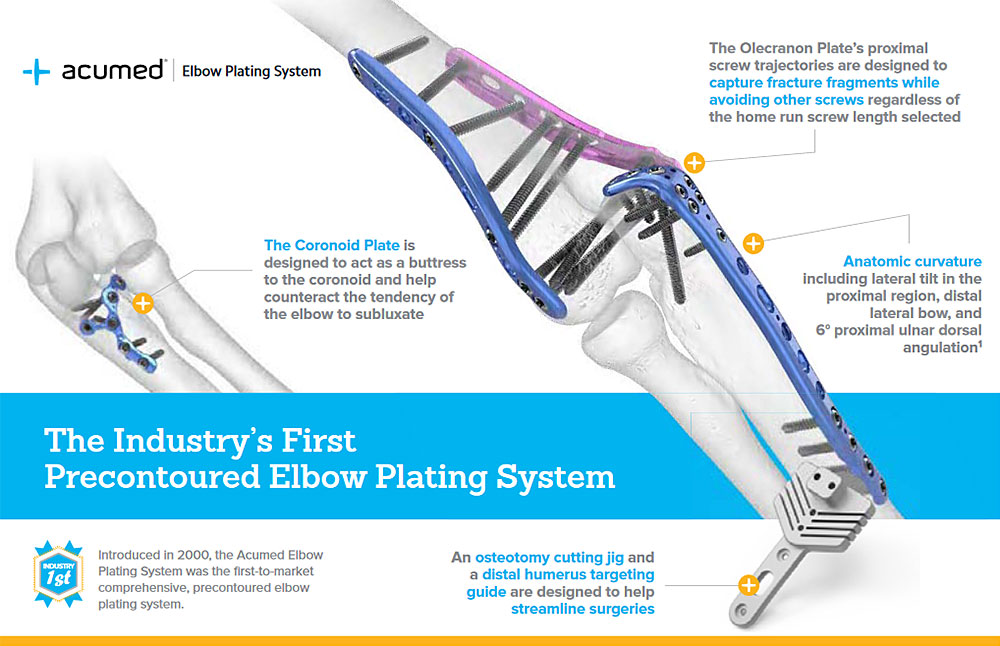